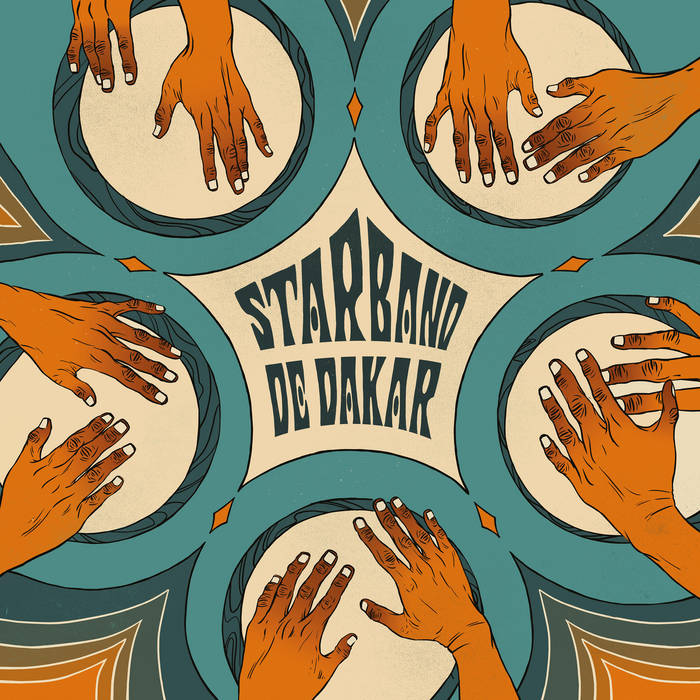 The Execrable Bede In the mid-1980s, a Senegalese friend gave me a copy of "Star Band de Dakar, vol 4", which contains "Guajira Ven". From the moment the needle first touched vinyl, i was transfixed, as i am every time i listen to these sides. This re-release—hopefully the first in a series—is essential to the well-being of any sentient creature's soul. Add to that truly revelatory remastering & a bargain price, & there is absolutely no excuse why this release isn't in your collection. Favorite track: Le Lolaye.

Locombio Wow !!! I was praying for those ones to be remastered and reissued, "star band de dakar" was one of the best ones.

I hope this one is just the beginning

This year, 2019, marks the 60th anniversary of the Cuban Revolution, a major shift in history which resonated far and wide — from Indonesia to Senegal. Cuba offered a vision of another world, detached from the harsh exploitative realities of colonial rule and apartheid, and made the betterment of life on the African continent its utmost priority.

“What other country," Nelson Mandela said in Havana in 1991, "can point to a record of greater selflessness than Cuba has displayed in its relations to Africa?"

“We are not only a Latin American country,” Fidel Castro proclaimed in a 1975 speech, “we are also an Afro-Latin country... the blood of Africa runs abundantly through our veins.”

For Senegal, importing Cuban culture could achieve the ultimate goal — dignity — and radically change the notion of another — modernity.

Cuban music for Senegalese was the portal to a more just modern world. For Dakar’s youth, with access to a slew of new nightclubs in the 1960s and ‘70s, dancing to Cuban music was a revolutionary act.

But the Afro-Cuban ideal did not resonate entirely in a city as segregated as Dakar, with clear boundaries between the well-lit French quarters and the Medina — “quartiers indigènes” or native quarters.

Cuba’s vision was the Medina’s vision, and Cuban music connected the maligned Medina to a world outside of French domination. "But echoes of Cuban music had already been reverberating along the West African coast for several centuries"* through not only slave trade networks but even the routes of Afro-Caribbean and Senegalese sailors.

In the Medina, in this time of rich, revolutionary thought, Star Band de Dakar was born, the capital's iconic Le Miami nightclub its headquarters. Led by some of Senegal’s most famous singers, like Youssou N’Dour and Laba Sosseh, Star Band achieved the perfect gumbo of Cuban and Senegalese sounds. Changüí, Guajira, Salsa, and Son mingled with cosmic Mbalax guitars, Sabar rhythms, Afro-Latin horns, and Spanish vocals spiced with a Senegalese twang.

With just two microphones and a four-track Revox tape recorder, Ibrahim Kassé, Star Band’s founder and owner of Le Miami, recorded their entire catalog in his nightclub. Each album contained one stand-out Afro-Cuban tune, often covers of Cuban classics or original compositions using the deep, layered sound that had evolved over centuries from the roundtrip journey across the Atlantic. Six of Star Band's most psychedelic Afro-Cuban tracks, an ode to their finest hour, are selected here.

Remastered in the original mono, this album is the soundtrack to a time when Cuban music was the future for 1970s Senegal and commemorates the anniversary when another way — the Cuban way — was possible.