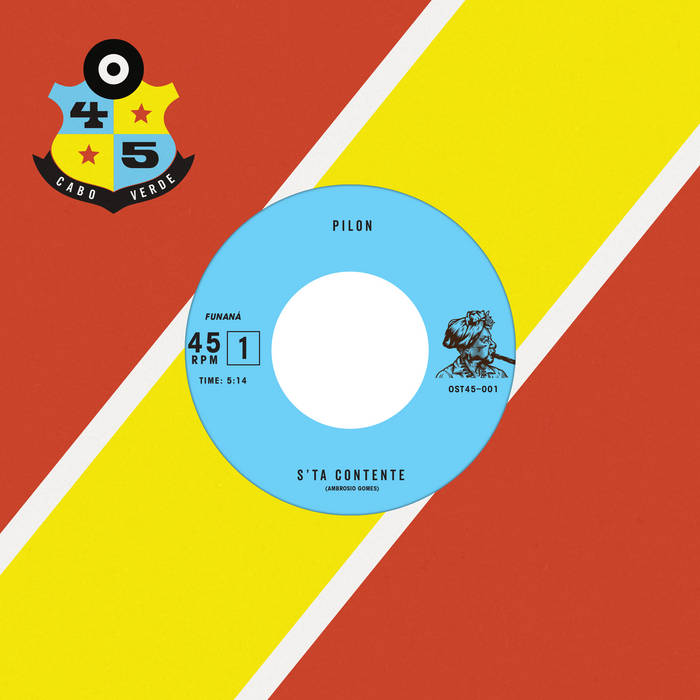 Paulino Vieira, Bana, and their legendary troupe, Voz de Cabo Verde, made Lisbon the headquarters spearheading the musical revolution taking place within Cape Verdean emigre communities across Europe in the 1980s. Musicians from across the diaspora would eagerly travel to the Portuguese capital to record. But in smaller pockets, second-generation Krioulu musicians were independently contributing to one of the most lush periods of cultural innovation by immigrants in Europe. In 1986, a group of nine teenagers — Antonio Monteiro, Ambrosio Gomes, Emilio Borges, Fefa Cabral, To Pereira, Pedro Varela, Celeste Monteiro, Clarisse, Germano Shares — formed the largely unknown, often overlooked, but consistently brilliant band, Pilon. Combining traditional Funana rhythms and the hybrid ColaZouk style with psychedelic synth work and rugged guitar ostinatos, Pilon refined their sound for years until releasing these recordings as part of their debut album, Tradicao, in 1993, with a tight-knit unit of just five remaining members. The band is still a popular mainstay for parties in the Cape Verdean circles of Frankfurt, Paris, Lyon, Marseille, Rotterdam, and Geneva.