by Noori & His Dorpa Band 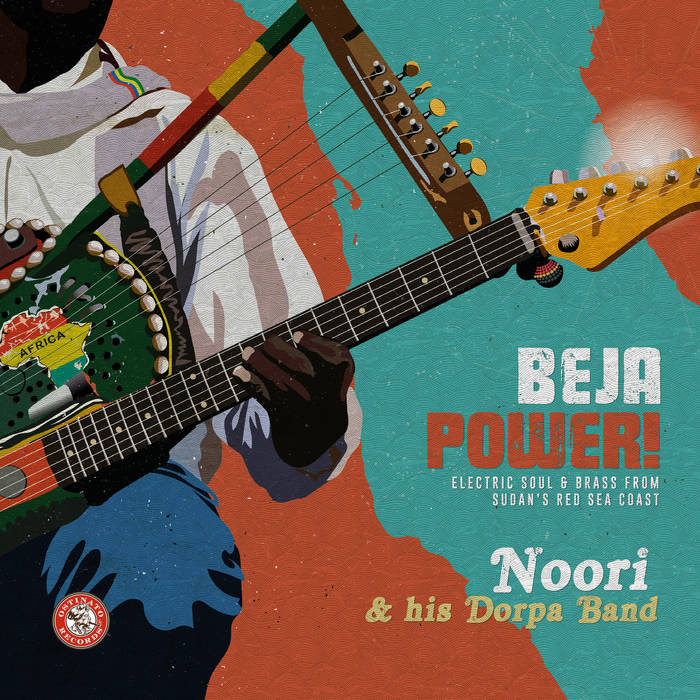 Thibaut Devigne A really cool combination of very different sounds: blues, jazz, rock, and some of the music that the label Sahel Sound proposes. It's beautifully crafted and well recorded. Lend it an ear and you won't be disappointed

chahula The sax is smooth and the rhythm section is fire Favorite track: Jabana.

A soundtrack of Sudan's revolution and the first ever international release of the Beja sound, performed by Noori and his Dorpa Band, an unheard outfit from Port Sudan, a city on the Red Sea coast in eastern Sudan and the heart of Beja culture.

Electric soul, blues, jazz, rock, surf, even hints of country, speak fluently to styles and chords that could be Tuareg, Ethiopian, Peruvian or Thai—all grounded by hypnotic Sudanese grooves, Naji's impeccable, haunting tenor sax, and of course, Noori's tambo-guitar, a self-made unique hybrid of an electric guitar and an electric tambour, a four-string instrument found across East Africa.

A truly ancient community, Beja trace their ancestry back millennia. Some say they are among the living descendants of Ancient Egypt and the Kingdom of Kush. Beja melodies—nostalgic, hopeful and sweet, ambiguous and honest—are thousands of years old.

The Beja community has been on the forefront of political change in Sudan for decades because successive Sudanese governments have turned a blind eye to their calls for recognition and access to the gold wealth of their own soil. Noori believes an unleashing of Beja music would form the most potent act of resistance in their quest for equity and justice.

If you like Beja Power! Electric Soul & Brass from Sudan's Red Sea Coast, you may also like:

Frayle's Gwyn Strang and Sean Bilovecky join the show to talk about their cathartic new album.